Winning the War Against Viruses

Identification and monitoring of emerging viruses to prevent pandemics 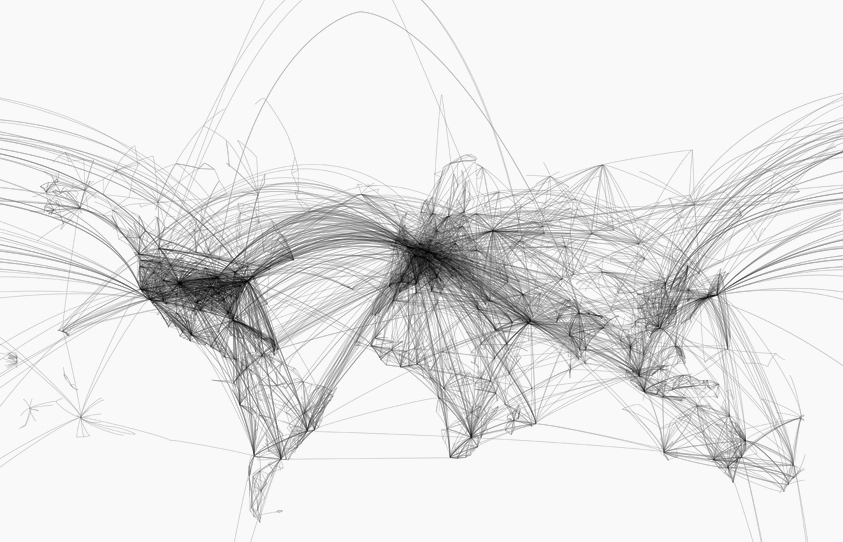 Although viruses are so small that they can only be seen with the most powerful microscopes, their devastating effects are impossible to ignore. As societies continue to evolve, so do viruses, potentially becoming even more infectious and dangerous. Many viruses contain rapidly mutating RNA genomes, thus allowing them to potentially evade immune responses and acquire resistance to antiviral drugs. Additionally, many viruses encode regulatory RNAs, such as miRNAs, which may play roles in viral persistence. Therefore, viruses should be considered major players in The New RNA World. To keep up with the constant threat of emerging and re-emerging viral infections, it is necessary to identify and monitor possible sources of outbreaks worldwide in order to stop small clusters of infections from becoming deadly pandemics.

The constant and immediate threat of viral outbreaks and pandemics is not just the stuff of science fiction. New or mutant viruses are only a flight away from reaching virtually any community in the world. In many densely populated urban areas, infected individuals can encounter and infect many other people in a short period of time, quickly spreading the virus before authorities have the chance to react and respond.

Identifying and tracking emerging viruses is of upmost importance to prevent their spread to larger populations. While many researchers sit in offices or laboratories, working at universities or companies, some researchers are out in the field, in both remote areas of the developing world and the downtown areas of modern cities, surveying and taking samples to identify possible sources of viral outbreaks. Their mission is straightforward - discover any potential sources of viral outbreaks and stop them before they threaten lives and become global pandemics. In order to accomplish this mission, researchers must be out in the field, outside of the lab, where new epidemics have the chance to develop and spread. Secondly, and equally important, researchers must collect samples of potentially infectious material and safely transport them back to the laboratory for analysis, which allows early detection and responses, including preparation and dissemination of appropriate vaccines.

It’s easy to forget about devastating vile outbreaks as treatments become more advanced and news coverage of them dies down. However, recent pandemics within the last 30 years, still have a lasting effect today. For example, the HIV/AIDS pandemic that began in the early 1980’s has already led to greater than 25 million deaths worldwide, and that number will likely surpass 100 million in the next 10 years (based on UNAIDS estimates), making it one of the worst pandemics in recent history. In contrast, there have been smaller pandemics, such as the 2009 H1N1 flu which did not become the huge public health disaster many feared. This was, in part, due to effective virus forecasting and subsequent vaccination campaigns. A few years ago, the deadly SARS outbreak caused quite a scare, but due to rapid detection and international response, this viral disease was stopped from becoming a pandemic.

The commonly-used phrase “going viral” refers to the rapid spread of videos, pictures and YouTube clips, but has its origin in the way viral outbreaks rapidly spread through communities around the world. Viral pandemics have played significant roles in shaping civilizations and societies throughout history. For example, based on some recent estimates, more people are thought to have died from influenza during World War I than from combat. As bad as influenza pandemics have been in the past, smallpox is thought to have had an even greater effect on civilizations. Smallpox infections have likely been responsible for killing more people throughout history than all wars combined!

Many native populations were ravaged by viruses introduced by European explorers because their immune systems were completely naïve to these pathogens. Smallpox infections of the Aztec and Inca populations are attributed to being one of the primary reasons for their conquest by the Spaniards. Viral diseases, including smallpox, influenza, and measles, are also estimated to have killed as many as 95% of the Native American population! Despite the devastating consequences of smallpox in the past, the global smallpox vaccination program resulted in the best success story so far in the fight against viral diseases, and the virus causing smallpox is the only human virus officially declared eradicated.

The threat of entire populations being wiped out by viral infections is as great today as it has ever been. The emergence of deadly new and mutant viruses is a constant part of viral evolution, and with air travel making the world a global civilization, these viruses can spread to virus-naïve people much faster than in the past. For example, the recent incidents of Ebola virus emergence, and other viruses causing hemorrhagic fever, are highly infectious, deadly, and have the potential to cause the next pandemic.

Additionally, the re-emergence of viral infections and pandemics is also a constant threat. For example, there are seasonal influenza outbreaks every year which can affect local populations near the outbreak, and are always a threat to become pandemics. An example of this would include Norovirus outbreaks that routinely occur in places like cruise ships and elementary schools, and the threat of West Nile Virus and Eastern Equine Encephalitis Virus re-emerge every year when mosquitoes hatch.

To keep up with the constant threats of viral diseases and to stop the next pandemic before it starts, it is necessary to use state-of-the-art technologies and procedures to acquire and analyze viral samples in the field. The most sensitive and specific methods to detect viruses in samples are nucleic acid-based. Therefore, researchers use reagents that stabilize and extract the otherwise potentially unstable RNA genomes of many viruses to ensure that the samples remain stable in the time between when they are collected in the field and when they can be purified for analysis in the laboratory. High quality, inhibitor-free nucleic acids are also necessary to sequence viral genomes to search for new mutations in viruses that may increase their pathogenicity, thus increasing their public health risks. In most cases, it will be necessary to quickly and completely inactivate the infectivity of viruses in samples collected in the field to protect the health of the researchers collecting and analyzing these samples. Many researchers have turned to the next generation of sample collection technologies, such as DNA/RNA Shield, which inactivates pathogens (like viruses) and provides long-term stabilization of nucleic acids at room temperature.

Moreover, nucleic acid stabilizing solutions readily pair with RNA sample extraction technologies, such as Direct-zol (TRIzol-based RNA extraction) and Quick-RNA Miniprep Plus kits. The same challenges also exist when collecting, storing and transporting samples from patients involved in clinical trials, such as testing new vaccine candidates and antiviral drugs. This can be especially difficult in developing parts of the world, which are in the greatest need of vaccine and antiviral drug interventions.

The only way to win the war against viruses is to have an effective proactive system in place to identify outbreaks early and have rapid and effective response plans. To prevent large outbreaks, researchers need to know where the viruses are, where they are going, and how they are changing. The best way to track viruses is to go where they are, collect samples, and bring them back to the laboratory for study. This type of field research is critical to the continued advancements of societies and is literally of life-and-death importance. To ensure that viruses do not win the war, it is necessary that the best available methods are used to study them.